Although substantial progress has been achieved over the past 10 years, many elements of the health system are still fragile and require continued support. Basic health services remain limited in hard-to-reach and insecure communities. Major constraints include: inadequate numbers of skilled health workers and female staff in rural areas; absence of managerial and organizational structures that provide incentives and accountability for results; inadequate physical infrastructure including laboratory facilities, roads, electricity, improved water supplies and sanitation facilities; poor quality of pharmaceuticals and medical commodities; weak linkages between the public and private health sectors; and low levels of education, particularly for females. In Afghanistan, the infant mortality rate (probability of dying in the first year) is 45 deaths per 1,000 live births. The under-five mortality rate is 55 deaths per live births. This means that 1 in every 18 Afghan children dies before reaching their fifth birthday and 55 under five mortality is in the upper rank in the list of developing countries.

Tuberculosis is considered as a serious public health challenge in the country. According to the Global Tuberculosis Report 2017, Afghanistan is one of those countries that has high incidence rate of TB in WHO EMRO region. The incidence of TB is estimated at 189/100,000 population and TB related mortality at 33/100,000 population per year.
Malaria is still a public health problem in Afghanistan, particularly eastern provinces (Nangarhar, Kunar and Laghman) located along the border with Pakistan and reporting more than 80% of the total cases of the country. Based on 2016 data, 27% of Afghan population lives in areas at high risk for malaria, 49% at medium risk and the remaining 24% live in areas with no risk or very low risk of malaria transmission.

As part of its wider engagement with the UN, the Global Fund has partnered with UNDP since 2003 to ensure that grants are implemented and services delivered in countries facing complex challenges. This partnership focuses on implementation support, capacity development and policy engagement.

The Global Fund support the Government of Islamic Republic of Afghanistan since 2004, by providing resources to fight three devastating diseases: HIV/AIDS, TB, and Malaria. In July 2014, UNDP Afghanistan was selected as the Principal Recipient of four Global Fund Grants: HIV, TB, malaria and health system strengthening.

UNDP works closely with the Ministry of Public Health, and has the management role of the grant, mainly in procurement and management of supplies, timely financing of all activities, and ensuring grant implementation in accordance with the approved work plan and internationally acceptable procedures. Additionally, UNDP provides support to establish Family Health Houses, Private Health Providers and train community health nurses in underserved communities to enhance the level of access to primary health care services. In addition, the grant supports the Health Management Information System and M&E including data management. Furthermore, the grant has special measures to strengthen the capacity of medical laboratory system and drug quality-control laboratories and supporting of Central and Regional Medical Stocks.

To reduce malaria, the UNDP supports the distribution of long-lasting insecticidal nets in all transmission areas, run awareness campaigns and helps improve monitoring, case management and access to facility and community-based treatment.


What we have accomplished so far 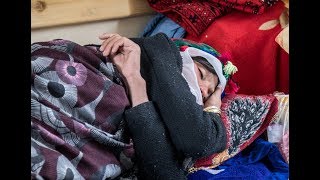 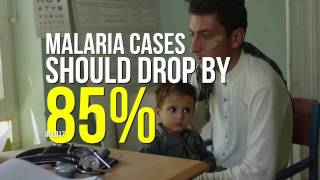 UNDP Around the world

You are at UNDP Afghanistan
Go to UNDP Global